HPA axis: what is pregnenolone steal? 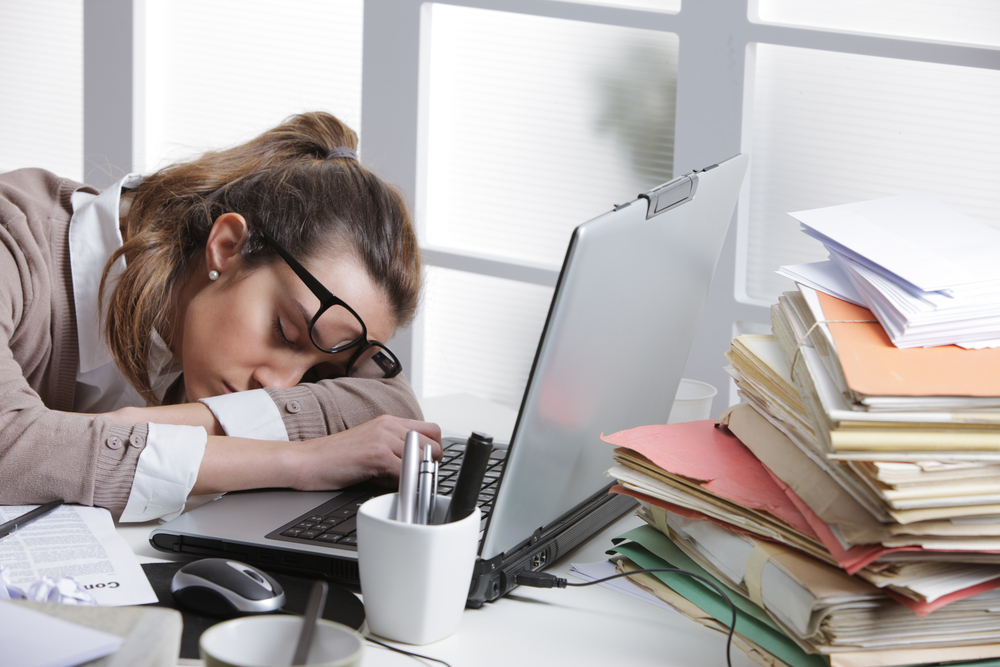 Pregnenolone steal is not a term commonly used by medical professionals and doctors. Yet if described to them, they would happily admit that it is a real phenomenon that affects millions of people.

In fact, it affects every person (and especially every woman, since female hormones are more sensitive than male) who has ever been stressed.

In my bestselling book Sexy By Nature, I detail my own struggle with pregnenolone steal and how I ultimately overcame it.  You can check that out here.  I also have written extensively about other women’s hormonal issues, including PCOS, which you can read about here.

Pregnenolone steal is a problem because it is one of the primary ways in which the body can be physically handicapped by mental stress.

This is not good news for anybody.

The human response to a stressful situation occurs in two places.

Second, it occurs in hormone form.

The hypothalamus, the “hormone command center” of the brain, decides to be stressed out, and gives marching orders according to its feelings.

Immediately, the adrenal glands respond by pumping out cortisol (the main stress hormone) and adrenaline. The secretion of cortisol is a fast action, but it is a bit slower than the first-up, lightning-fast reaction of the nervous system I described above.  It also endures for longer.  This is true especially if the stress doesn’t run it’s course quickly, for example, if you hate your job.

Cortisol has many of the same physiological effects as activating the sympathetic nervous system does, at least on the surface. It spikes blood sugar, inhibits digestion, and, importantly, puts a halt to immune activities.

Pregnenolone steal: why and how

So how does the body so easily produce enough cortisol to flood the system like this in times of need?

This enables lots of cortisol production, but it inhibits the production of just about everything else. 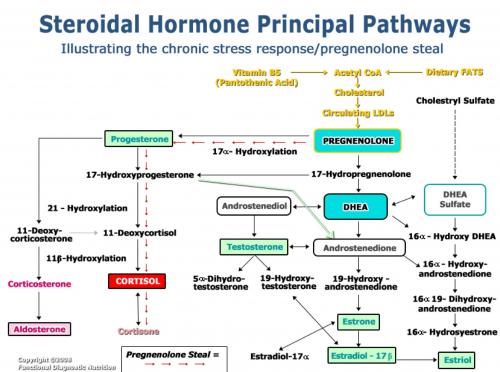 This means that a stressful situation will steal all of the pregnenolone from its normal production of DHEA and shunt it into cortisol. The body will prefer this pathway to the detriment of all other adrenal pathways.

You might object to how detrimental I’m making this sound because you understand that most of the sex hormones are produced in gonadal tissue. This is correct! However, there are a handful of complicating factors that make what could have been the reproductive system’s saving grace ultimately problematic:

Second, the production of sex hormones in the adrenals is still important for the overall level of sex hormones in the body, particularly for achieving hormonal balance  The adrenal glands are capable of immediately responding to hypothalamic signalling, such that when the hypothalamus gets a signal that a certain hormone is too high or too low in the bloodstream, the adrenals can make up for the difference.

Third, certainly yes, the pituitary still exists to send signals to the gonads. But cortisol imposes negative feedback on the HPA axis. Cortisol signals to the hypothalamus to downregulate signalling to the pituitary.  So with cortisol in the system, the production of hormones in gonadal tissue decreases, too. This is the primary long-term pathway by which stress inhibits reproductive function.

Pregnenolone steal, therefore, is at face value a simple phenomenon:

The body gets stressed, and it shunts hormone production into pathways that are meant to be helpful in times of need.  There are levels of complications beneath this action, but in the end it boils down to– as so much of my work does– the fact that stress inhibits reproduction on a variety of fronts.

Stress can be managed, especially if it isn’t chronic.  For example, a good magnesium supplement or epsom salt bath can do wonders to help relieve stress.  Aromatic oils and even getting enough sunlight (or Vitamin D3 through a supplement) can also help.

If you have chronic stress and issues with fertility, it is worth looking into where and how you can cut stress out of your life.

You can read more about the effect of stress on health – a whole lot more – in my best-selling book on the topic, Sexy by Nature, here. In it, I describe how I personally overcame my pregnenolone problem and got my fertility, libido, and clear skin back.


Note - some links above may contain affiliate links. You don't pay more, but we get a small cut to help keep this organization running. It's tough to balance ethics with the need to stay alive. Thank you for your patience and understanding!
.
Tweet3
Share328
Pin71
Share
402 Shares